Then and Now is a special feature celebrating AOB alumni! Our first feature is…

“Over a decade ago I challenged myself to perform burlesque because I was tired of being afraid: afraid of failing, afraid of falling down (literally falling, I should add I joined the Rat City Rollergirls the same month as starting the 101 course), and afraid of feeling like I’d never ever know who I really was.

I took my first burlesque class in 2004 and graduated from the Academy in early 2005. When I signed up I had only seen one burlesque show thus I didn’t really know what burlesque was. Yet, I just KNEW I was in the right place. 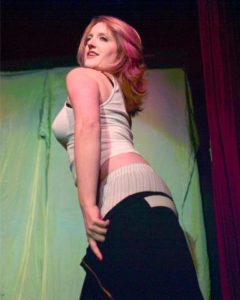 I have a distinct memory of Indigo describing an act performed by Julie Atlas Muz in an early class and the way the hairs stood up on the back of my neck. I’ve been chasing that feeling ever since.

The highlight reel is pretty long and some of it predates this magic memory machine we call social media…but one of my first performances was in a show with El Vez, Dina Martina and The Atomic Bombshells.

Since my Burlesque 101 Graduation on February 12, 2005, I have transitioned from being primarily a performer to primarily a producer.  In that time, I have sold out a heck of a lot of shows, paid some amazing people to do things they love, and one time was mentioned on the front page of the Wall Street Journal. Sometimes I still wonder how the heck this all happened. 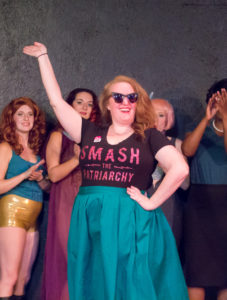 Burlesque has challenged and changed me in ways I didn’t think possible. I have failed. I have definitely fallen down (ouch, imagine old stripper knees + derby knees), and I’m still afraid, but I have tools to fight it with. I’ve been very lucky, and have met my dearest friends through burlesque.

I know who I am now. I would not have gotten here without the Academy.”

Jo Jo Stiletto is a Burlesque and Nerdlesque producer based in Seattle, WA. She recently partnered with Emerald City Comic Con to bring back “Guardians of the Sexy”, hosted by Rebecca Mmm Davis and featuring Lux LaCroix, Bazuka Joe, Trojan and Paris Original, and many more. jojostiletto.com 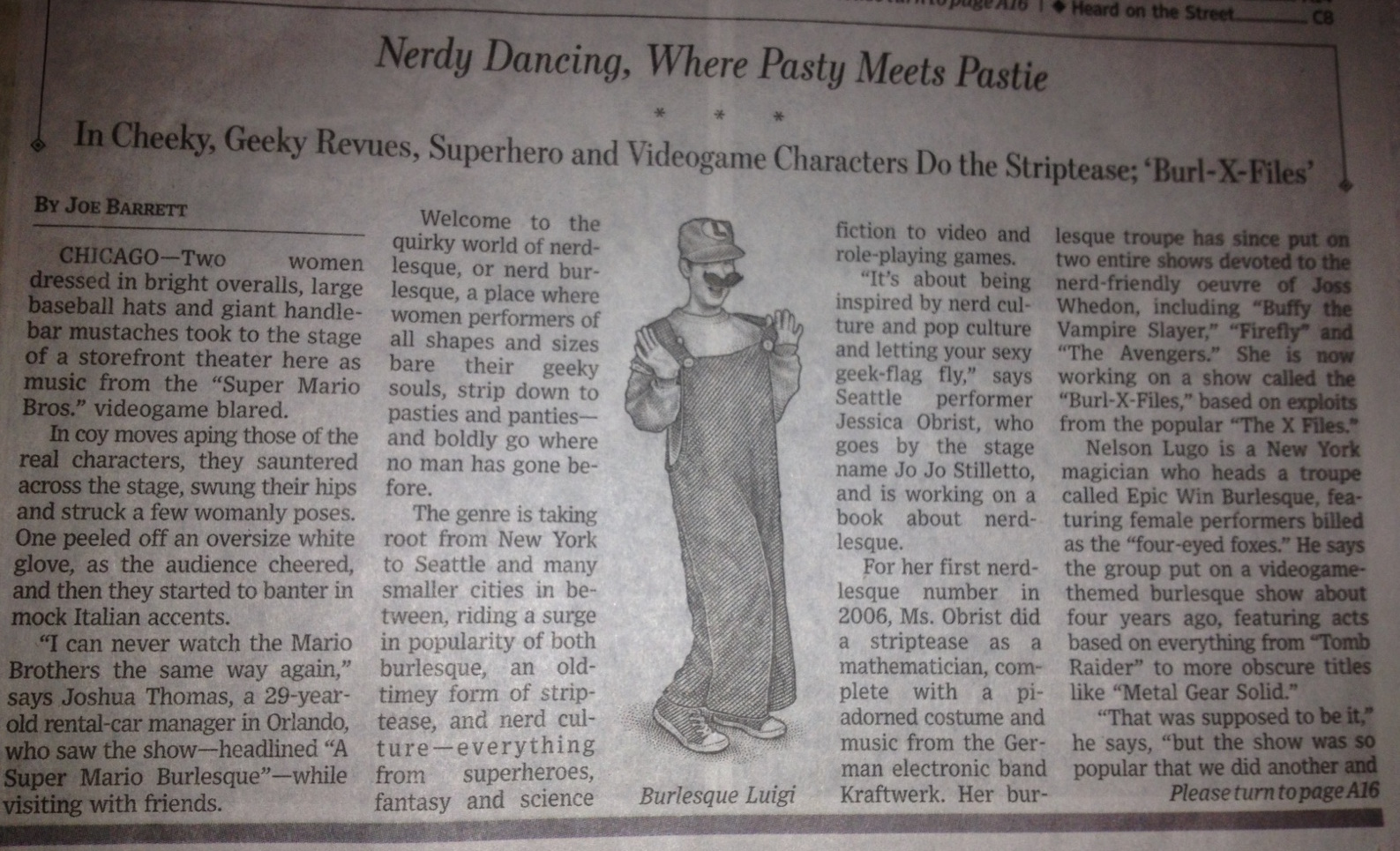