Are You Living YOUR Dream? 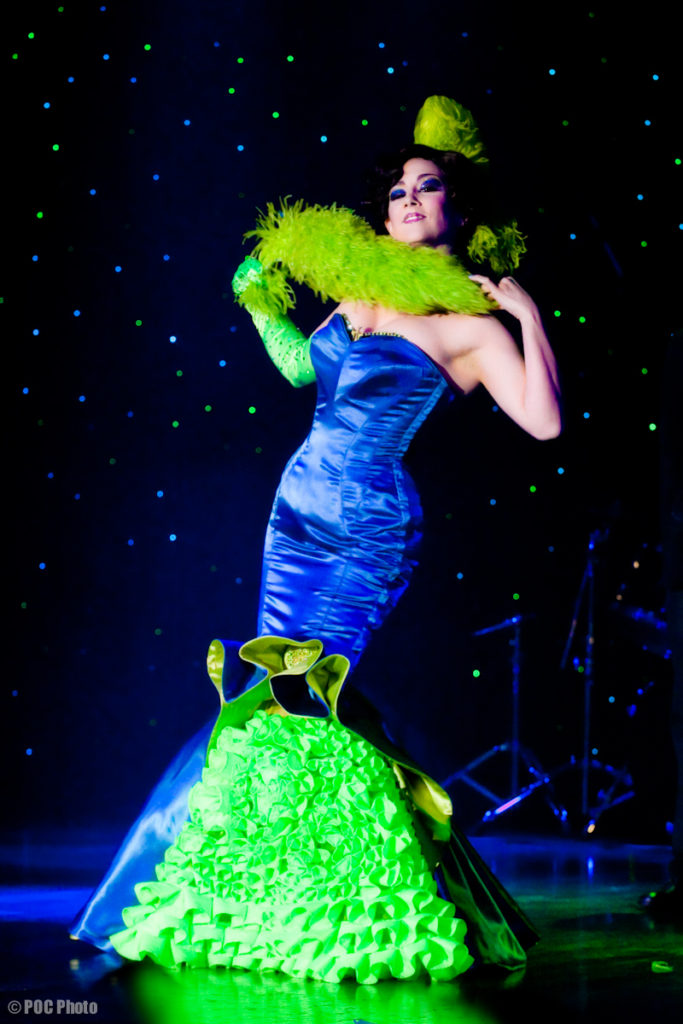 But by then, after those 9 years, something had shifted in me.  I realized that each year I had left myself an “out”.  Each year I had said to myself, “I really want to win, but I want to manage my expectations – to hedge my disappointment – just in case I DON’T win.”  In other words, I was preparing myself to NOT win.

Once I realized how carefully and consistently I had prepared to NOT win, I knew that it was time to change.  It was time to set aside my fears of feeling bad. It was time to focus on what winners do, how winners feel, and completely shift my mindset. So I did just that.

Here are some of the ridiculous rituals I did for the months before the competition:

On the day of competition, during the actual act, I made a mistake in my choreography and had to improvise with a costume removal. I added a leg-accentuation movement in order to get back on time in my music… and thought to myself, “Holy Cow, did I really just screw up the whole act?”  Right after that, all of the rehearsal I had done kicked in, and my body just kept going. My mouth was dry as a bone, so when my back was turned to the audience for a moment, I closed my mouth in a desperate attempt to create some kind of saliva so I could unstick my lips from my teeth.  Finally the act was over and I held my ending pose for the requisite time, and executed my stage exit as choreographed.

I was certain that I’d screwed up. I told myself, “try not to freak out… I did the best with what I could at the time, and it’s up to the judges anyway”.

Finally, the time came for the judges decisions to be read by the emcee, Miss Astrid. My mind flashed back to 2002, the very beginning of my Burlesque journey. I had gotten Miss Astrid’s phone number when I met her at the first Tease-O-Rama. I basically cold-called her and asked her to put me in her show, the Va Va Voom Room. Reluctantly and tentatively, she gave me the newbie spot – which was my very first gig in New York.

Flash back to 2011, standing in the back of the Orleans Theater, leaning against the wall behind the last audience row, pretty much certain there was no need for me to be backstage. Miss Astrid read out the superlatives – Miss Astrid called out, “Most Classic – Miss Indigo Blue!”  – I was shocked! I had actually forgotten about the superlatives… I walked down the aisle, and up the stairs to the stage, to receive my trophy.

I thought to myself, “well, there it is! My prize! No Miss Exotic World for me. Best to smile and be gracious!”  so I stood with my peers as the rest of the superlatives were announced. Most Comedic, Most Dazzling, Most Innovative.

Then it was time for the 2’d Runner Up, Miss Exotic World. A hush overcame the crowd. The name was stunning and thrilling: Lily Verlaine, one of my best friends!  After receiving her trophy, she came to hold my hand in the line of honorees.

Then 1st Runner Up: Anna Fur Laxis!  The stunning British Beauty had wowwed everyone with her glittering act.

Finally, the pinnacle of Burlesque awards in the world: Miss Exotic World, the Reigning Queen of Burlesque.  Miss Astrid received the envelope, and opened it up. As she began speaking “and now… Miss Exotic World…” she began walking slowly across the stage in the direction of Lily and me. “Miss…” Lily and I gripped hands, “Indigo Blue”. 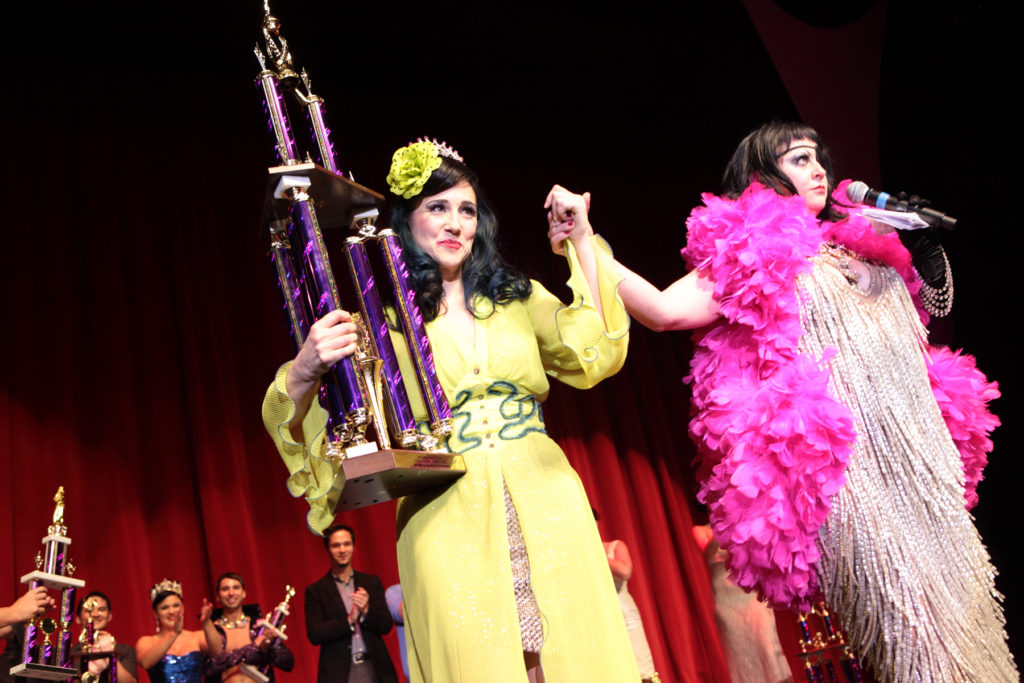 I looked at Lily, “…me?” she smiled and released my hand, gesturing me towards Astrid’s outstretched palm.

Handed off from one dear friend to another, I walked forward to an unbelievable, humbling, gorgeous roar of an ovation from the entire packed 800 person house at the Orleans Showroom in Las Vegas.

Thinking about it even now makes vibrations go through my entire body. It was hard to believe that I had finally achieved such a long-sought-after dream. But that moment is one I will never forget. The feeling of warmth, overwhelm, humility, and appreciation is almost indescribable.

(The only thing that supercedes that moment in my life is the step-down act I performed at the Burlesque Hall of Fame the following year – but that’s a story for a different day.)