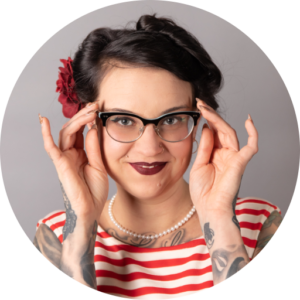 The Academy of Burlesque is delighted to welcome our incoming Academy Administrator Hollie Hellion! As of January 1, 2020, Hollie is taking over from our beloved Polly Wood, who is moving on to continue pursuit of her full time career and spend time with family.

Polly Wood first stepped onboard at the Academy in September 2009 as the Academy of Burlesque “Sex”retary! Polly has been an integral part of growing the Academy with Indigo, and facilitating the education of fledgling strippers over the past decade. In the midst of her tenure, Polly spent 3 years living and working in New York and served as an Administrator at Jo Weldon’s School of Burlesque! 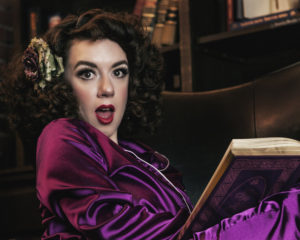 Though sad to say a final farewell to the Academy Administrator role, she is thrilled to be leaving the helm in the capable hands of Hollie Hellion. Polly will always be part of the Academy of Burlesque family, and may even take a class or two! She is on a semi-hiatus from performing solo, but you can catch her in Noveltease Theatre productions, and she plans a return to the solo stage in late 2020/early 2021.

The Academy Administrator role is truly the heart of the whole school. The Administrator is often the first person students interact with, and is the “problem solver” and “resource provider” for students and Instructors. In this position, Hollie will be the person behind the emails, the one assisting with studio reservations, class registrations, and private lesson bookings.

Hollie will be working closely with Headmistress Indigo Blue this whole year to master the complicated cycle of coordinating our seasonal classes and scheduling our world-famous, in-demand professional Instructors! The rest of the Staff remains the same: Fosse Jack is our Recital and Show Producer, Rebecca Mmm Davis is our Social Media Maven, and Red Delicious is our Business Manager. 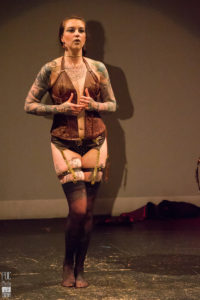 Hollie is a recent Academy of Burlesque Alum who fell in love with the art form after her Burlesque 101 Graduation. Hollie first got involved in Burlesque on a whim and a Google search in the spring of 2018.
After moving back to the big city from the Washington coast she decided to follow long lost dreams.  After her triumphant debut at her 101 Recital, Hollie was hooked! She enrolled in every class the Academy offered, honing her skills as a dancer and performer.

Hollie also participated in the work-trade registrar program, volunteering in the studio and working closely with Polly Wood. After almost 2 years of participation with the Academy, she learned that Polly might be moving on, and Hollie jumped at the chance to throw her hat in the ring! 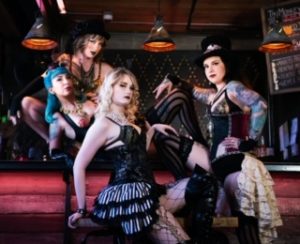 In addition to her new role as the Academy Administrator, Hollie is a proud member and co-founder of of The VAMPs burlesque troupe, an employee at The Can Can, a jeweler, a singer/songwriter and a professional cat-sitter! 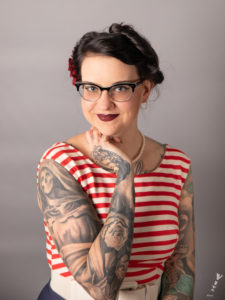 Hollie is thrilled to be working for Miss Indigo Blue and with all the amazing instructors at the Academy of Burlesque.