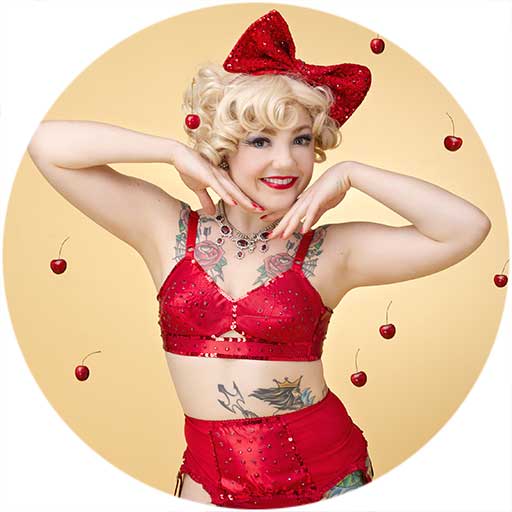 Instructor Ruby Mimosa has been teaching at the Academy since 2007. 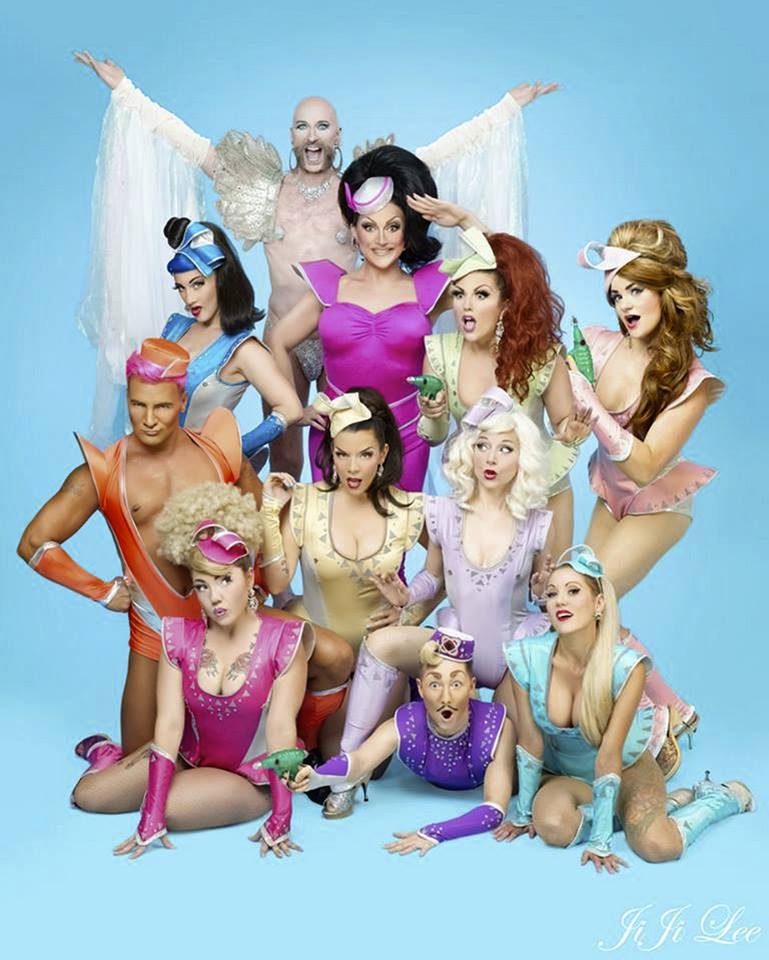 A number of Academy instructors perform with The Atomic Bombshells, one of Seattle’s best-known burlesque troupes.

A number of our instructors have performed with the The Atomic Bombshells, one of Seattle’s best known burlesque troupes. We caught up with Ruby Mimosa to talk to her about what it’s like performing with a troupe.

AOB: What are the pros and cons of performing with a burlesque troupe?

Ruby: One of the biggest pros of performing consistently with a troupe is having people to bounce ideas off of. Having the camaraderie of a group gives you a good basis for getting critique – you don’t need to find someone to help, they’re right there. There’s also a sense of oneness and togetherness; you’re all part of this funky burlesque gang. It’s also really nice to perform consistently with the same people. They get to know your music, and can help out if anything goes wrong on stage. In terms of cons, it can actually limit you to meeting other people. You already have a solid group, and you’re not performing with other people so you’re not meeting them. Some people may also feel intimidated to talk to you, since you’re this big group of people, and they’re not part of the group.

AOB: What is it like performing other people’s choreography?

Ruby:  When you’re doing someone else’s choreography, it has to be exactly the same every time, especially if it’s a group number. When it’s your own stuff, you can have the freedom to improvise if you want to or if something goes wrong with your costume. Performing with other people in a group gives you this solid base and consistent look. The more people who have the same look, the better it it’s going to be, and that’s exciting.

AOB: What made you join the Atomic Bombshells?

Ruby: I moved to Seattle and very shortly saw them perform, I think it was January 2007. Dita Von Teese was with them, and seeing it I knew it was what I wanted to do. I grew up on classic musicals, and classic jazz and tap and showgirl-y things and loved that look. I’d also been fascinated by strippers, and it looked like a lot of fun. I ended up taking Bump&Grind with Indigo, and she really helped push me into the world of burlesque. When the Bombshells were looking for a new member, I auditioned and the rest is history!

AOB: What is it like to work so closely with a group of people?

Ruby: Like any group of people, there are personalities and group dynamics to keep in mind, and it takes patience and kindness. It helps to keep in mind how exciting and fun our lives are, and that we’re lucky to be doing this. Everybody has some sort of role in the group. I’m the person that wants everybody to get along. If something is challenging, I’m thinking about if I can fix it, or offer compassion? But really laughter is the best medicine in these situations, and getting to laugh about things helps a lot.

AOB: Can you tell us a story about your most recent tour?

Ruby: We were in Provincetown over the summer, and space in the theater is really tight! There are other shows happening in there, too, so we would have to be out 15 minutes after the show closed. We would work together to get into our costumes and to do quick changes, and would be packing up as we went. During that run, we lost a couple of costume pieces in the audience! A bra went into the crowd and never came back, and we had to remake it before the next show. Ruby Mimosa has been teaching at the Academy of Burlesque since 2007.