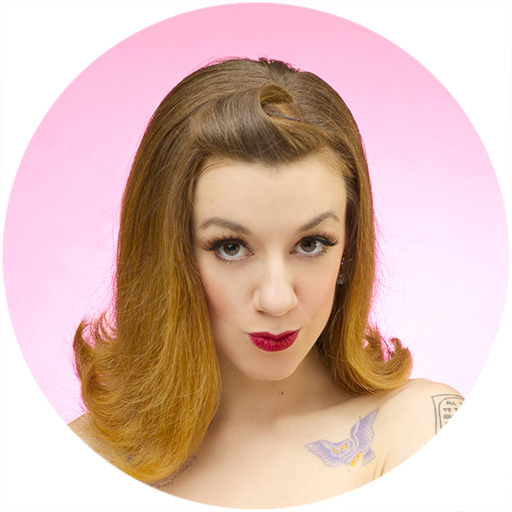 A fixture on the Seattle Burlesque scene from 2006-2014, Polly recently returned after a few years in NYC and having a baby! Polly got her start at the Academy, where she served as the Executive Secretary from 2009-2014, and she’s thrilled to be back at the administrative helm.

“The Tinseled Tart”, she’s performed on some of Seattle’s most illustrious stages, including The Triple Door, ACT, the Can Can, The Seamonster, ReBar, the Jewelbox, Columbia City Theatre, and more. After brief stints in The Bedroom Club and Divinitease in 2007 and 2008, she became a core-member and co-producer of Sinner Saint Burlesque from 2009-2014 (including 2 wildly successful runs at The Brickhouse in London). Polly was also a cast member of Land of the Sweets: The Burlesque Nutcracker (2008-2013), originated the roll of Drink Me in Through the Looking Glass: The Burlesque Alice in Wonderland (2008 – 2013) and is a proud ensemble member of House of Thee UnHoly. She performed in the US premiere of SHINE: A Burlesque Musical, and played the role of Laura in the Seattle premiere of The Beebo Brinker Chronicles.

From snowsuits to nocturnal animals, from barbecue sauce to Irish Dancing, Polly Wood will have you seeing stars with her special mix of Bump’n’Grind and campy charm!